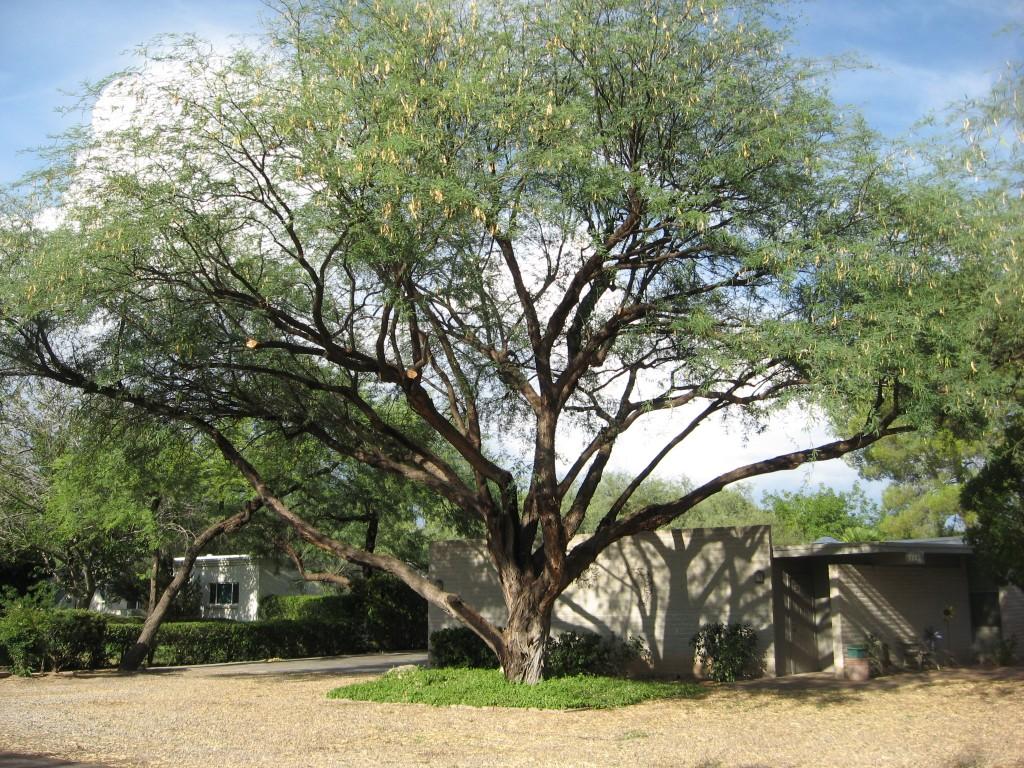 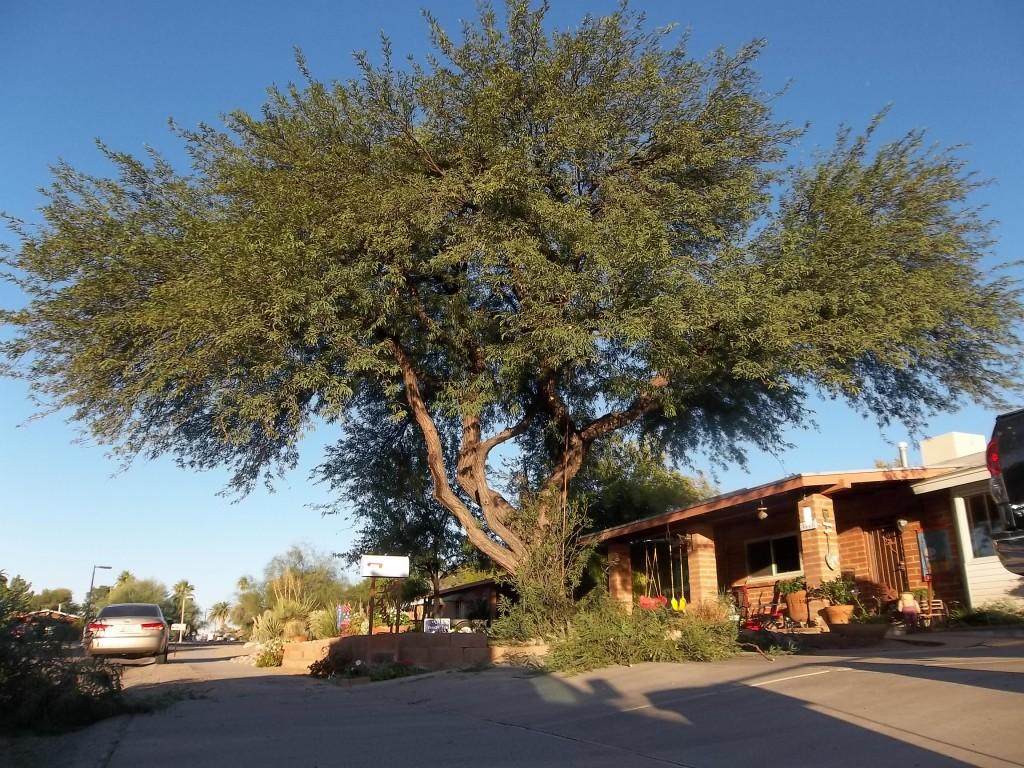 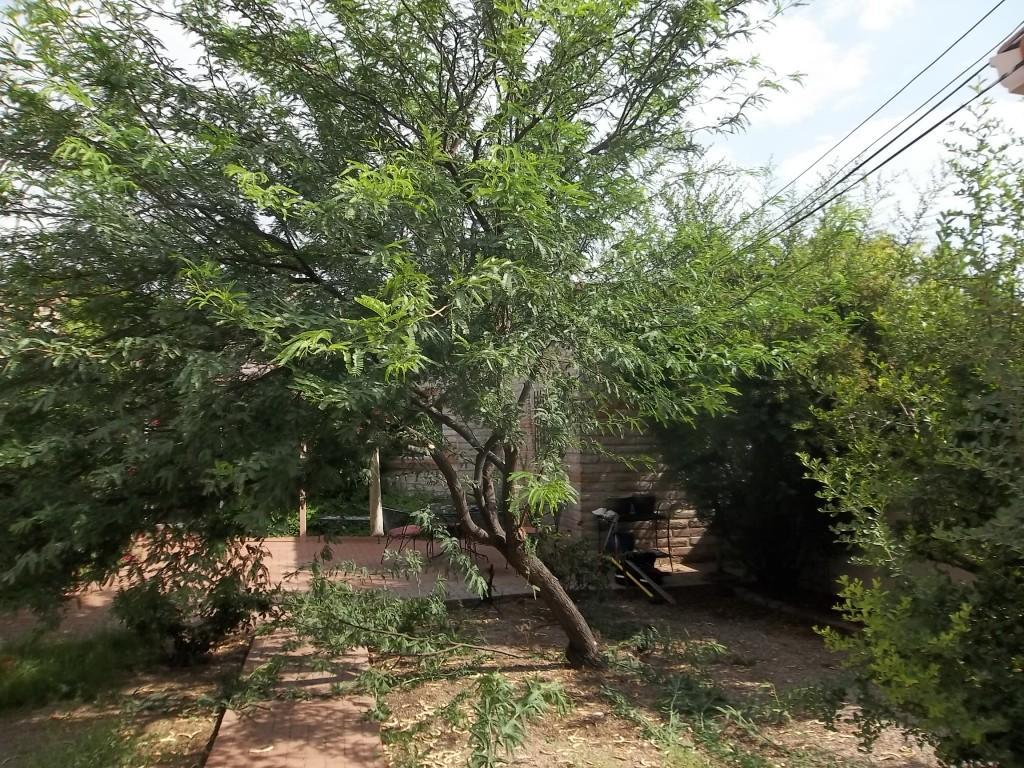 Mesquites are found all over Tucson as they grow extremely well in our soil and make great shade.  They are pruned both functionally and for good structure and health.

Pruning your Mesquite functionally usually involves raising it from structures as not to cause damage as well as from walk and driveways for clearance and vistas.  Pruning for good structure and health usually involves cleaning, removing dead branches, and thinning, removing crossed and crowded branches.  Removing the dead branches creates more space and sunlight for the live green material.  Keep in mind that it is the green that produces food for the tree making a healthier root system.  Thinning removes crowded and crossed branches making the Mesquite more resilient to wind.  Also, crossed branches rubbing on one another create a wound making your Mesquite susceptible to disease.

Both functional pruning and pruning for good structure and health are part of a good Mesquite maintenance program.  Unfortunately most home owners only prune functionally.  This neglect generally goes unnoticed until the Mesquite has matured and loses significant limbs from wind or from simply being too heavy.  Many clients have reported large Mesquite limbs breaking on calm windless nights.  The tree simply could not handle the excess weight anymore.

You may find it peculiar that a tree would grow more material than it can bare.  Keep in mind that a mesquite in our Tucson desert does not receive the excessive amount of water as urban Mesquites in our neighborhoods.   Even if you do not actively water your Mesquite, it still receives runoff from roof tops and driveways. This abundance of water causes excessive growth not seen by Mesquites in the open desert unless near a significant water source.

More about watering your Mesquites.  When first planted, your Mesquite should be watered at its base.  As the tree matures, watering should be at its drip-line at the end of the canopy and be kept dry at its base.  This encourages a wide root growth and stable soil to hold the tree up. Keeping the drip system at the base of a mature Mesquite usually results in a fallen Mesquite. So keep moving the drip system further out as the Mesquite ages.

If you are considering planting a new Mesquite be sure you know the species. Argentine Mesquites are faster growing but have thorns up to four inches long. These thorned type Mesquites are usually the most neglected because the tree becomes too unmanageable and dangerous for the home owner to prune himself. This type also costs significantly more to prune professionally.

Maintaining your Mesquites annually is ideal. Keep in mind that the longer the interval between pruning, the larger the branches that are pruned. The smaller the branches pruned, the less stress on the tree.

If you feel we have left out anything useful or have given any incorrect information, please let Romeo Tree Service know. Thank You, romeotreeservice@yahoo.com 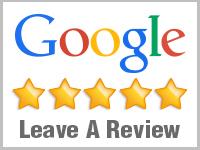